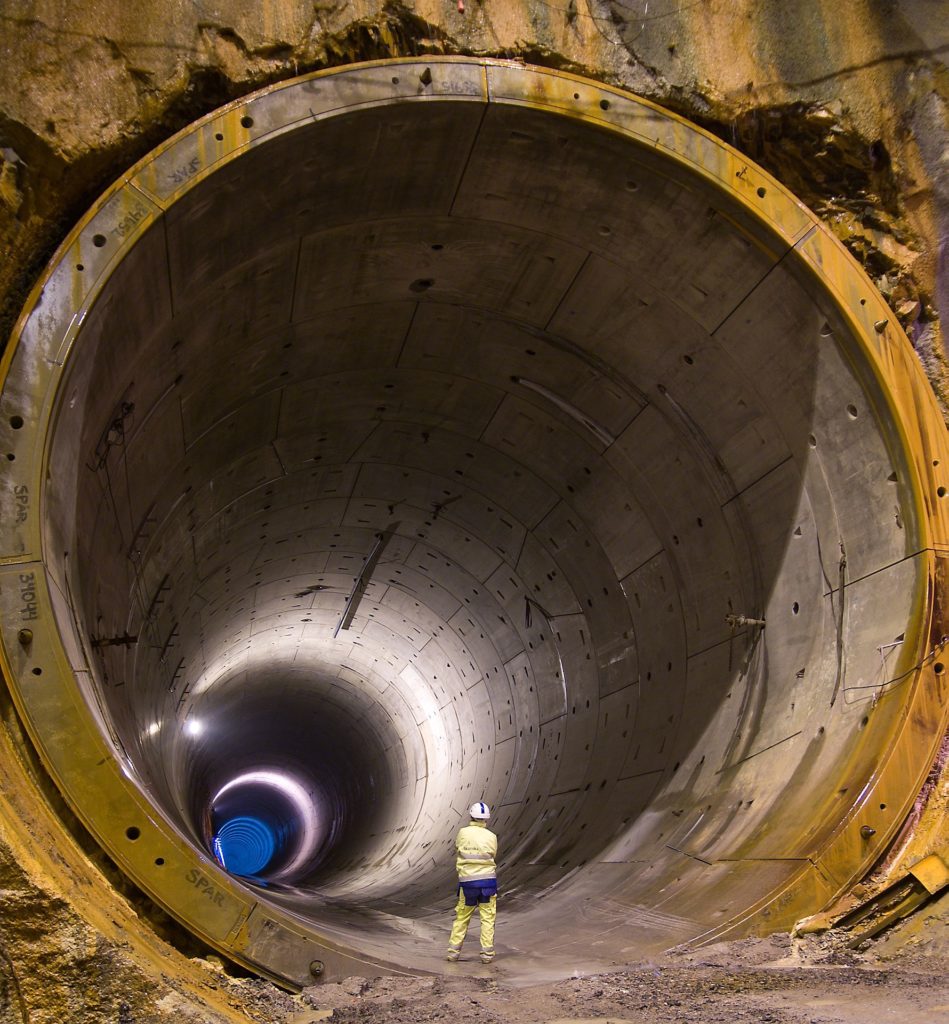 Construction of the tunnels began in 1992 and was completed in December 2015.

The construction work was suspended twice. Initial contractor Kraftbyggarna gave up the project work in 1995 when the tunnel boring machine (TBM) broke down after digging as far as 3km using the dig and blast method. The Hallborr TBM was found to be unsuitable to the site, which contains cracked rocks and saturated rocks with high quantities of water present in them.

The RockDrain system was used and and full scale tested as part of the solution on a segment of the tunnel.

As a consequence of the full-scale test result in the newly opened KATTLEBERG TRAIN-TUNNEL – The Swedish Transport Administration has asked IVL to monitor an additional test to confirm the results from Kattleberg. All result was very good. 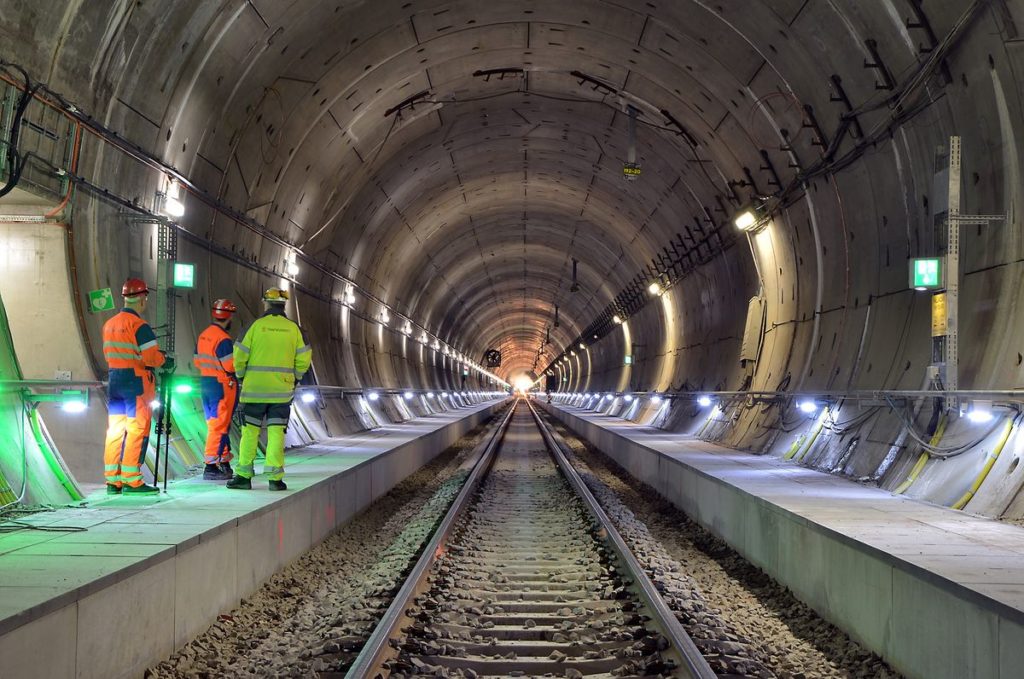 REPORT FROM THE CONFIRMATION TEST INSTALLATION WITH THE ROCKDRAIN TUNNEL DRAIN AND LINING CONCEPT IN HALLANDSAASEN – SWEDEN 2013.

The Norwegian company ENTREPRENÖRSERVICE AS carried out the shotcreting of The RockDrain Concept´s – RockDrain T – Water-, frost- and fire– proof shotcrete. Entreprenörservice is well known in the Norwegian tunnel industry, by the authority, and in the construction industry.

RockDrain T is delivered in big bags with weight approximately 900 kg, and is ready for use only adding water in the mixer. Each bag covers +/- 12 m2 when the layer is 70mm.

There was sprayed a +/- 70 mm thick layer in one single action. This thickness is unusual to spray in one action. RockDrain T was again judged to have an “Extremely good adhesion – significant better than regular shotcrete.”

The shotcreting was very satisfactorily with controlled quality, and the surface looks smooth with nice finish.

There was done a compressive strength tests with instruments from CBI – Swedish Concrete Institute.

The compressive strength is high; after 1 hour it was measured to 2.8 MPA. The requirement is 1 MPA after 1 hour. This means that all other kinds of work in the tunnel can start up again after a short period of time.

After 2 hours the compressive strength was measured to 6.4 MPA.

Upon inspection of the sprayed area on 4 July (the day after spraying) the test persons noted that a humid area (drip) high in roof of the tunnel now is dry.

Conclusion; All over the result is very good, and confirms and even improves the results monitored by IVL from The Kattleberg Train Tunnel that was opened for traffic autumn 2012. The shotcreting was done in one single action, 70 mm thick. The surface is significantly better than ordinary shotcrete. The compressive strength is high. Our complete concept is draining the groundwater and is water-, frost-, and fire- proofing the tunnel. The complete concept builds only 80-90mm on the ordinary permeable shotcrete normally used in tunnels.

The following was monitoring the fullscale test